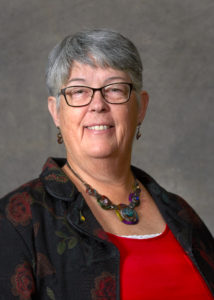 Burrier married into the farming lifestyle. When she and her husband Dave, purchased his families farm back in 2002, she was all in. “Even though I didn’t have a farming background, I did grow up with my dad being a land surveyor, and I’ve always liked the outdoors – and I’m willing try anything,” she explains.

Belinda began attending MSB meetings during Dave’s term on the board. After his term ended, she was a natural fit to fill the vacancy, as she was already knowledgeable about the work that the board was doing. She attributes herself as bringing diversity to the board, not only by being the first female, but also coming from a non-farm background. “I was honored to be appointed to the boards, and felt that I could contribute a different perspective,” comments Burrier.

Burrier officially assumed this duty with the start of MSB’s new fiscal year on October 1. She succeeds Brian Johnson of Westover as Chair. Johnson remains on the board, serving in the role of Vice Chairman.

Ten farmer-directors volunteer their time on the Maryland Soybean Board, which administers soybean checkoff funds for soybean research, marketing and education programs in the state. Also currently serving are Joshua Appenzeller of Millington, Dale Brown of Denton, Randy Stabler of Brookeville, Jason Spicer of Church Creek, and Evan Staley of Union Bridge. Curt Lambertson of Stockton serves as Treasurer. April Cheesman of Perdue Farms, Inc., Jim Lewis of the University of Maryland Extension Service, and Mark Powell of the Maryland Department of Agriculture serve as ex-officio members.