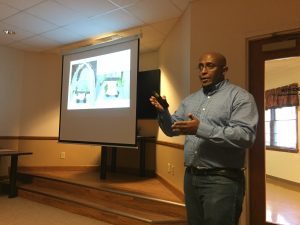 Pest and disease management for soybeans is the focus for research projects funded by the Maryland Soybean Board for 2019. The board approved 16 projects for funding, totaling $200,814 in checkoff dollars invested.

The Maryland Soybean Board administers soybean checkoff funds for soybean research, marketing and education programs in the state. It is funded by farmers through an assessment of one-half of one percent of the net market value of soybeans at their first point of sale. One-half of the checkoff funds stay in Maryland for programs; the other half is sent to the United Soybean Board for national and international projects.

In Maryland, farmers grow about half a million acres of soybeans, producing more than 20 million bushels of beans each year. With a value of $173 million to the state’s economy, soybeans are one of Maryland’s top crops.